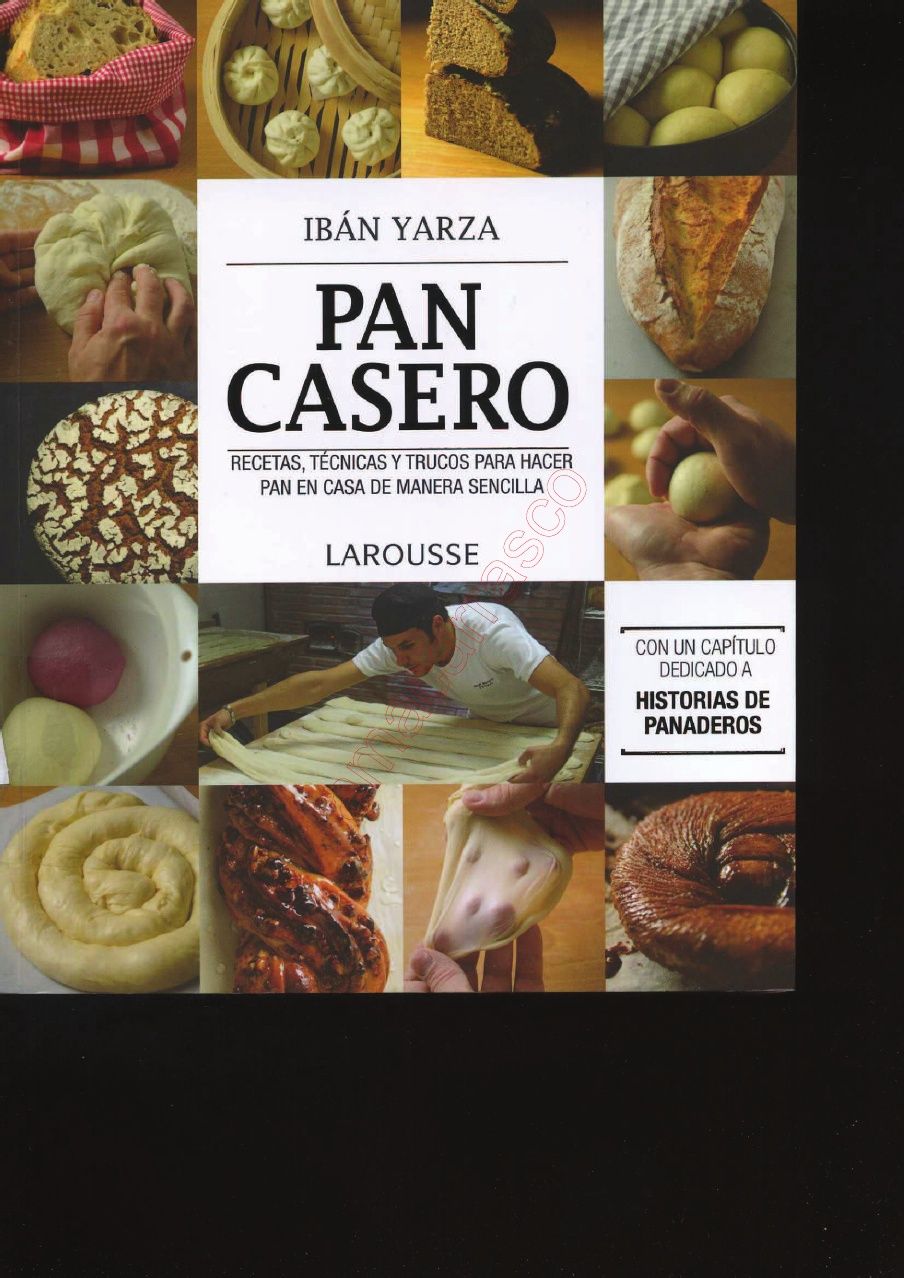 Since early we have had the good fortune to have a distinguished new resident on the island. How did you start making bread? I started out of interest; what interested me more than making bread was seeing with a child-like impatience how the dough was made, and seeing how it rose. There are great bakers in Spain, but you often find yourself talking to people who have never read a book, which is neither a bad thing nor a good thing. Now there is a young generation of bakers which is coming along very nicely.

How would you encourage people to bake bread at home? Bread has something that cooking does not: You can put bread dough in front of anybody, and they will be fascinated to see how it grows. Now we are experiencing the bread boom similar to the cooking boom which at the same time, as you have commented on several occasions, can involve a degree of deceit.

Yes, when even Bimbo is advertising its bread using dough. What they normally use is dry leavening, a powder, which is just like a restuarant using Starlux when they are advertising food like grandma used to make. They sell a bag with all the ingedients in it: And then they sell you that as a gourmet product. Without any previous training, how would you recognise good bread? Simply by looking at it and tasting it. That is the problem, and it has already happened with other products.

And the same thing is beginning to happen with bread. So, in some respects bread is booming, and in other respects we are losing it? Cooking is very much in fashion, and we say that we are a force to be reckoned with, and I often laugh, because in Spain we have seen the demise of milk, and we are beginning to see the demise of tomatoes… A little while ago, a chef told me he had arranged a tomato tasting session.

People aged under 25 liked the perfect supermarket tomatoes, and they found that a big, juicy tomato fresh from the garden tasted strange. In this situation, there needs to be training: In the restaurant trade, is bread being given the importance that you believe it deserves?

We have seen a few years pass where in some very famous kitchens, they did without bread so that it would not steal the show, or so that it would not fill you up, but now I believe that yarsa the spotlight is falling on bread. Last year, Aduritz had bread and cheese as an item on his menu.

There are chefs who bake their own bread. Sometimes, cadero, it all gets a bit silly. You go to a restaurant, and they serve you bread with a million different flavours, and the quality is not that good.

It is as if you went to a restaurant and they gave you wine with beer, or with tarragon, wine mixed with a fizzy drink of whatever flavour…. And on Ibiza, how would you describe the quality of the bakeries? I honestly believe that the average is better than the average bakery on mainland Spain, because normally the bakeries on Ibiza make the traditional island bread, which is a very simple bread, innocent in the sense that it is made with flour and water.

There are also cultural considerations: Pzn then there are the wonderful sweet doughs, such as the Christmas biscuit… I love the baking tradition of the island because it is so innocent and pure. It is delicious, and we must not forget the cocas typical pastries. And what do you think of the standard of cooking on the island?

I believe Ibiza has a little-known cooking tradition which is fascinating because it has retained the spectacular medieval influence which you find in very few parts of Spain.